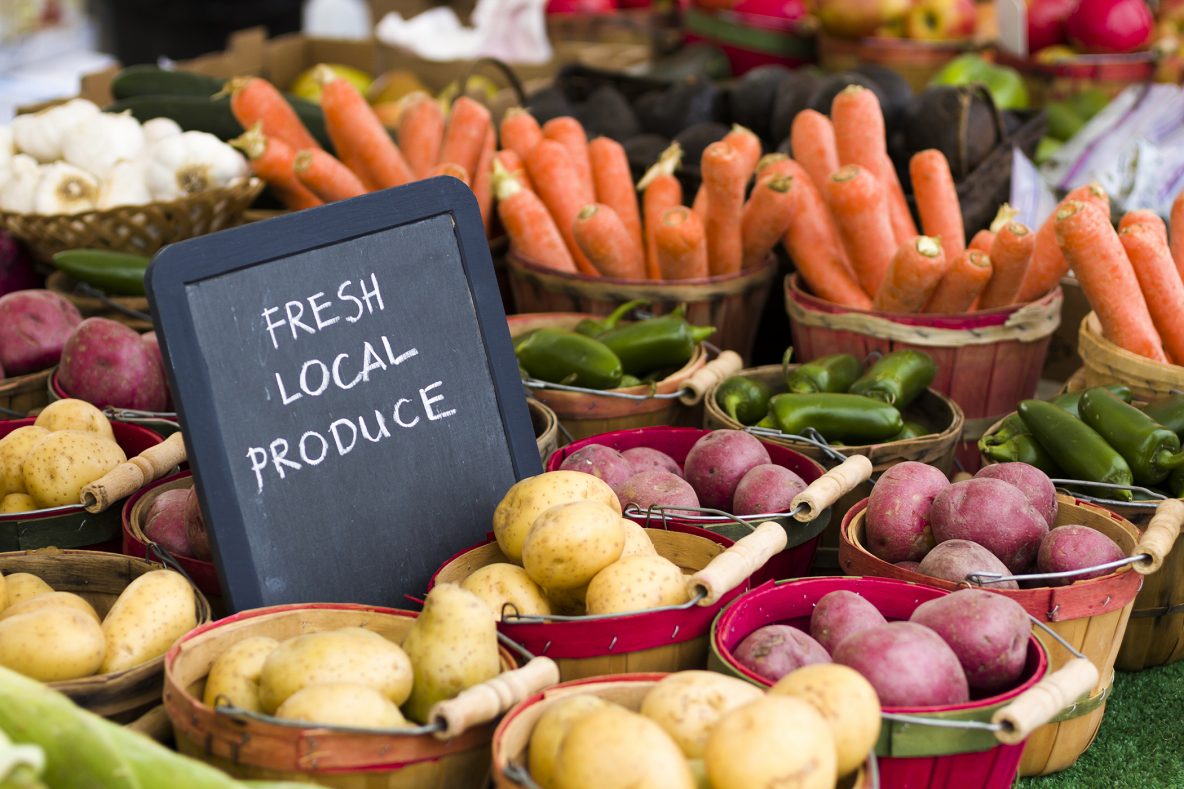 We hear quite often that we should be buying organic produce,

The EWG (Environmental Working Group) have made the whole debate allot easier for us. They have researched and completed numerous studies to find what damage these toxins are doing to our body.

They have  created a list, The Dirty Dozen and Clean Fifteen, to help consumers understand which produce contains higher amounts of toxic chemicals/pesticides. This can save consumers health and money!

It is totally up to you, however I suggest buying as many organic products as you can, start with this list to ensure you are reducing your intake of chemicals, toxins and pesticides as much possible. Our bodies are constantly bombarded in the natural world with pollution and other toxic chemicals, we cannot control everything but we can control what we put on our bodies and in our bodies.

EWG’s Shopper’s Guide to Pesticides in Produce™, updated every year since 2004, ranks pesticide contamination of 48 popular fruits and vegetables. The guide is based on results of more than 35,200 samples of produce tested by the U.S. Department of Agriculture and Food and Drug Administration. It is important to note that the samples are tested for pesticides after they have been prepared to be eaten. This means the produce is thoroughly washed and, when applicable, peeled. After these preparations, pesticide residues are still detected on many of the fruits and veggies.

Every day, consumers rely on EWG’s Shopper’s Guide to help them make the best choices for their families and reduce their exposures to toxic pesticides

Keep up to date with all things wholesome, Wellness tips and incredibly easy, nutritious Recipes!!

EWG’s 2017 Shopper’s Guide to Pesticides in Produce™
This list has been created by The EWG, to advise consumers from their conducted studies which produce is contaminated the most. These products are advised to always buy Organic.

EWG’s 2017 Shopper’s Guide to Pesticides in Produce™
This list has been created by The EWG, to advise consumers from their conducted studies which produce is contaminated the most. These products are advised to buy Organic when possible.

What to Eat if You Get Constipated

What to Feed your Gut Bugs & Stay Fuller for Longer

Why should I be concerned about pesticides?

Pesticides are toxic by design. They are created expressly to kill living organisms — insects, plants and fungi that are considered “pests.” Many pesticides pose health dangers to people. These risks have been confirmed by independent scientists and physicians across the world.

As acknowledged by U.S. and international government agencies, different pesticides have been linked to a variety of health problems, including:

What does “organic” mean?

Organic is a designation used by the USDA National Organic Program to certify food that was produced without synthetic chemicals or fertilizers, genetic engineering, radiation or sewage sludge.

What if I wash and peel my fruits and vegetables?

The data used to create EWG’s Shopper’s Guide is from produce tested as it is typically eaten. This means washed and, when applicable, peeled. For example, bananas are peeled before testing, and blueberries and peaches are washed. Because all produce has been thoroughly cleaned before analysis, washing a fruit or vegetable would not change its ranking in EWG[s Shopper’s Guide. Remember, if you don[t wash conventional produce, the risk of ingesting pesticides is even greater than reflected by USDA test data. California tests for pesticides on unwashed and unpeeled produce. Its tests routinely find much higher concentrations of pesticides.3

EWG has not evaluated various produce washes for efficacy or potentially toxicity. Since some plants absorb pesticides systemically, a produce wash would have limited effect. The safest choice is to use EWG Shopper’s Guide to avoid conventional versions of those fruits and vegetables with the highest pesticide residues.

Do we know enough about the effects of pesticide on people?

No, Americans are likely polluted with far more pesticides than current studies report. Agribusiness and pesticide companies are not required to determine whether their chemicals are present in people, not even for compounds that widely found in the the food supply. The CDC’s national biomonitoring program has likely only scratched the surface in its efforts to determine the human body burden of pesticides.

Pesticides are designed to kill living organisms. The implications of wide-scale pesticide pollution in Americans’ bodies have not been definitively established. However, recent studies of neurotoxic organophosphate compounds used on some fruits and vegetables have found that children with high exposures were at greater risks of impaired intelligence and neurological problems.

Pesticide manufacturers and produce trade groups claim that no studies link pesticide residues in the diet to health risks. The fact is, the government has not done studies that would answer the many questions about pesticides’ impact on health. Neither has the industry. But lack of data about residue safety is not proof that pesticides are safe.

There is an extensive body of evidence demonstrating that pesticides harm workers, damage the environment and are toxic to laboratory animals. The EPA is responsible for setting standards for pesticides in food to ensure that people’s exposures are well below the doses known to be harmful.

But because of the complexity of people’s diets, the variation in pesticide residues on foods, and other lifestyle, genetic and environmental factors contributing to disease, it is difficult to rule out the risks of pesticide residues in the American diet.

Please note this information has been obtained from The Environmental Working Group.

Keep up to date with all things wholesome, Wellness tips and incredibly easy, nutritious Recipes!!